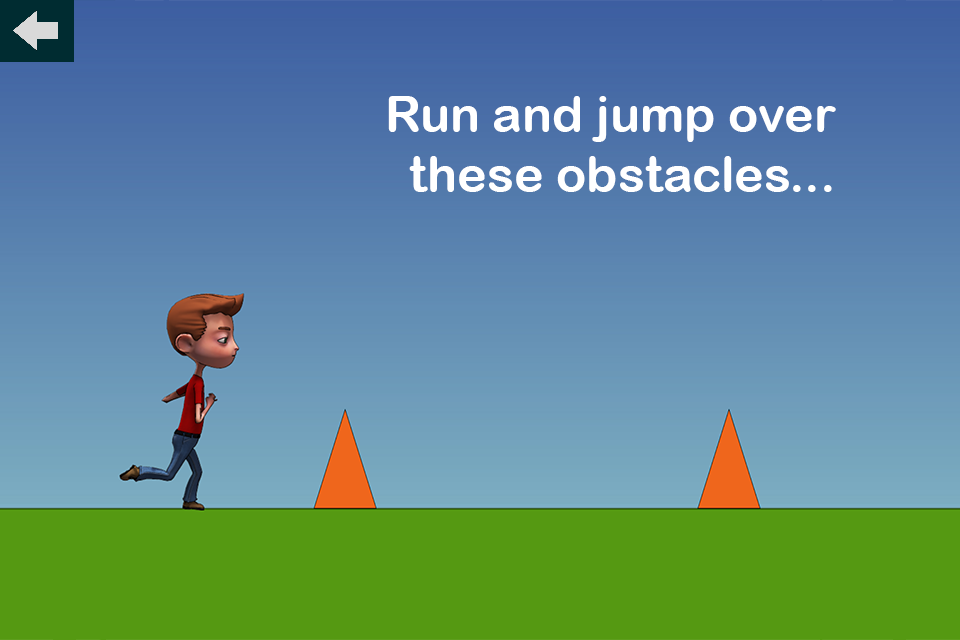 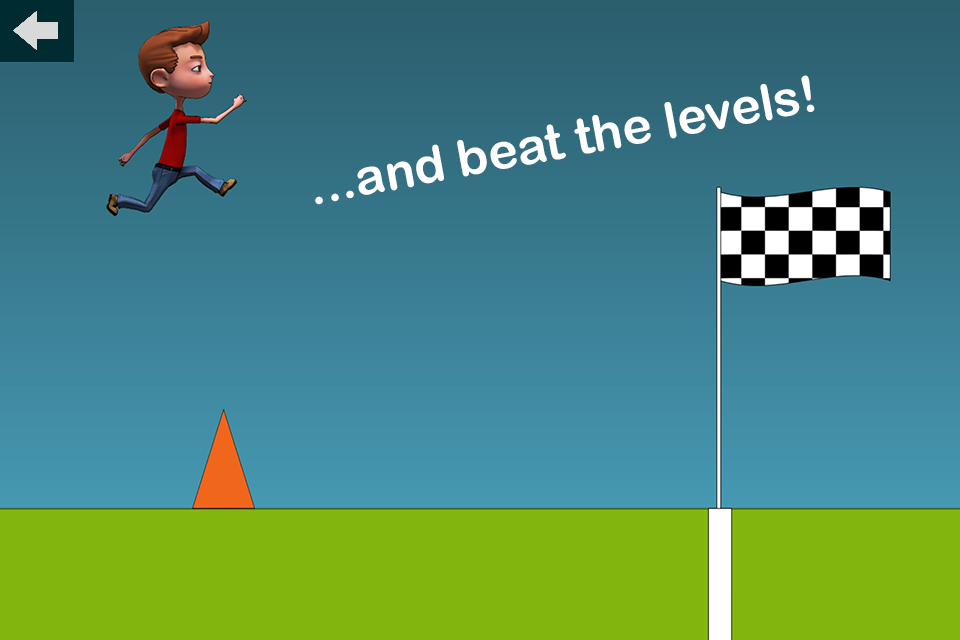 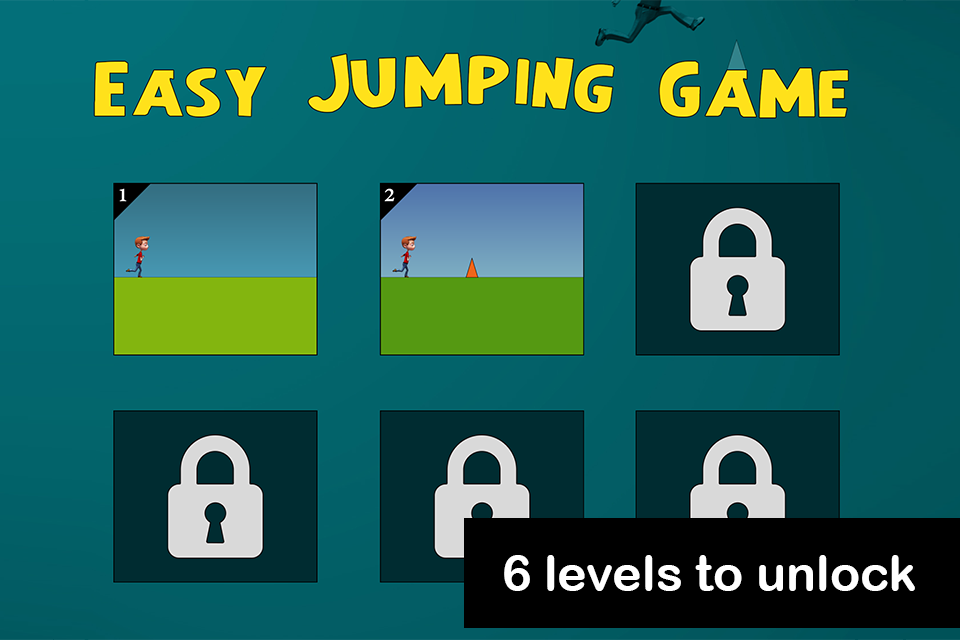 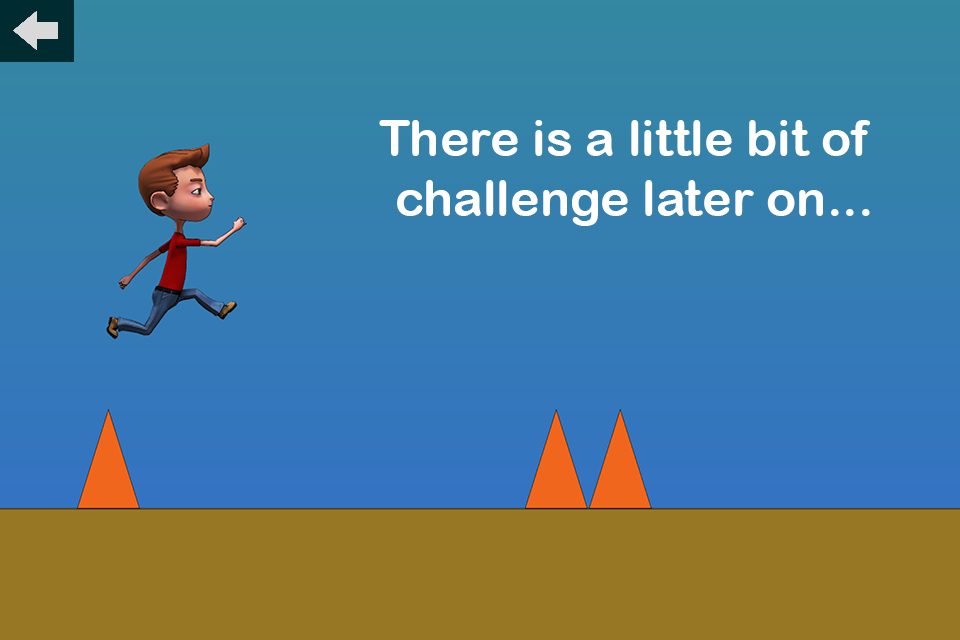 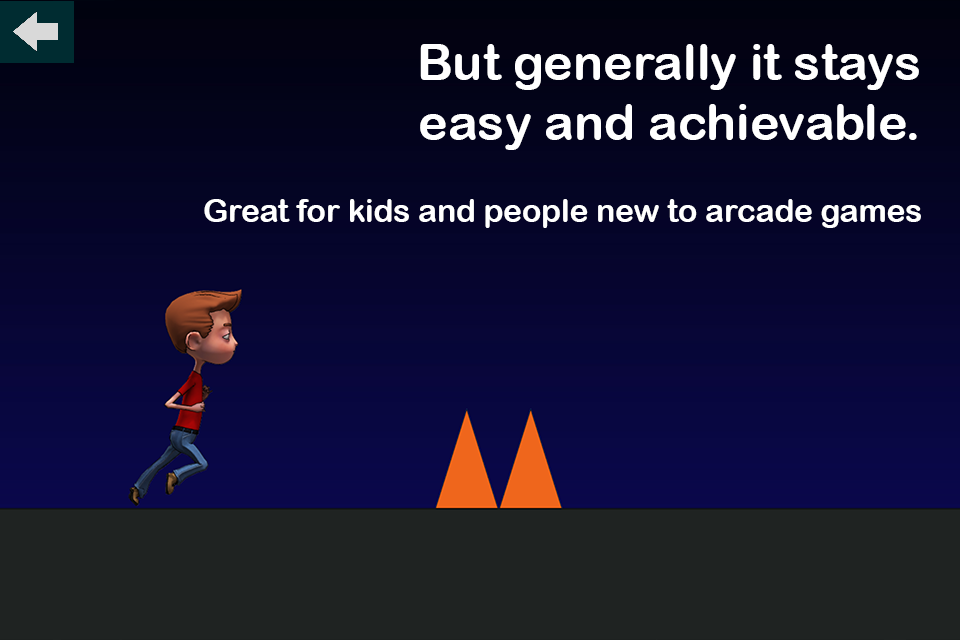 Music from the game

Easy Jumping Game is a running and jumping game for people who don’t normally play arcade games, and for kids who are still developing the reflexes needed for many games.

This is a game where the little guy on the screen runs, and you tap the screen/keys/mouse to jump over obstacles, finish the levels and feel great!

I made it as a response to the ever-growing list of “endless” arcade games and similar jumping games like The Impossible Game and Line Runner, which had simple ideas but difficulties far too high for newcomers and little kids. I found these games were either too hard to be fun for these people, or the games relied on complicated in-game currency and power-up menu options. Put simply, many of these games were focused more on mechanics rather than the simple fun of playing. So, I wrote Easy Jumping Game to counter that.

The game is my own design and development: the idea, animation, rendering, programming, sound design, music composition, packaging for the App Store, press release, etc…

The main character is a 3D model that came with the Smith Micro software, Poser. I took that character and animated him with the run and jump style I needed, and then tuned the render settings to give a slightly cartoony shading and edge outline.

The game was made in Unity, and is currently available on iOS as well as a MacOS desktop app. The Android version is close to complete, and I’m tempted to write it as a Windows app after that.

Visit my apps page to get Easy Jumping Game